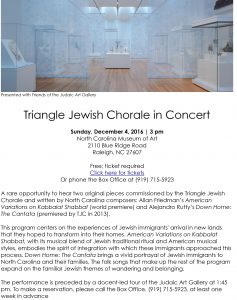 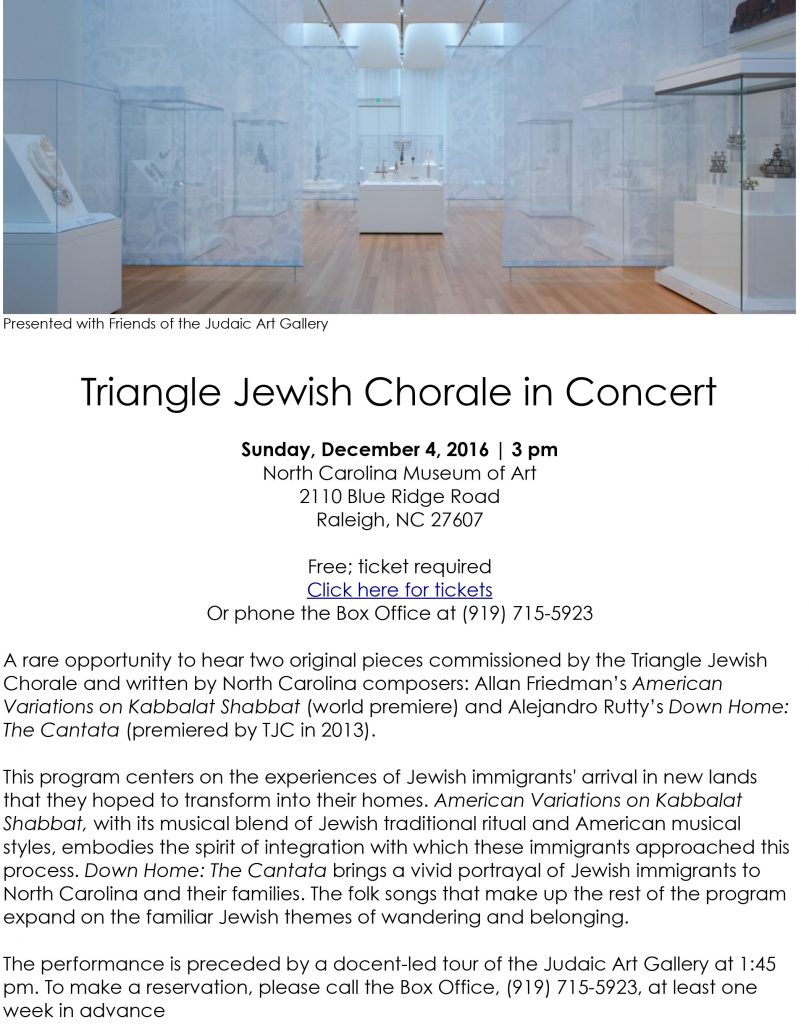 The Triangle Jewish Chorale will be will be performing in concert, Immigration, Integration, Innovation: Variations on a Theme by NC Composers

These concerts offer a rare opportunity to hear two original pieces commissioned by the Chorale and written by North Carolina composers:  Allan Friedman’sKabbalat Shabbat Variations (world premiere) and Alejandro Rutty’s Down Home: The Cantata (premiered by TJC on April 2013). This program centers around the experiences of Jewish immigrants’ arrival in new lands that they hoped to transform into their homes. Kabbalat Shabbat Variations, with its musical blend of Jewish traditional ritual and American musical styles, embodies the spirit of integration with which these immigrants approached this process. Down Home: The Cantata brings a vivid portrayal of Jewish immigrants to North Carolina and their families. The folk songs that make up the rest of the program expand on the familiar Jewish themes of wandering and belonging.