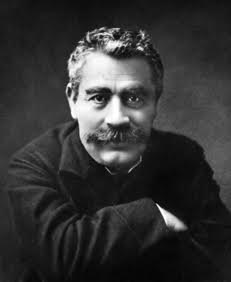 According to literary critic Ruth Wisse, “Except for Theodor Herzl, no Jewish writer had a more direct impact on modern Jewry than Isaac Leib Peretz. Peretz (1852-1915) may not have promoted any fixed political program, but he tried to chart for his fellow Jews a “road” that would lead them away from religion toward a secular Jewish existence without falling into the swamp of assimilation.” Yet today Peretz, who was known as one of the fathers of Modern Yiddish Literature, is little known outside scholarly circles. Now, on the 100th anniversary of his death in 1915, it is appropriate that we acquaint ourselves with this shaper of both modern Yiddish and Hebrew literature and Jewish culture to see how and if he still speaks to today’s readers.

Students enrolling in the course should buy the book: The I.L. Peretz Reader, edited and with an introduction by Ruth R. Wisse, Yale University Press. The book is available, both new and used, from a number of online booksellers. Please read the poem “Monish” (pp. 3-15) for the first class. If you have any questions please contact Sheva Zucker. The course will take place on four Saturday afternoons, after Kiddush, from approximately 1:00 to 2:30 pm, in the Beth El library. The dates are January 16, 23, 30, February 6.  A suggested donation of $20/members and $35/non-members for this course.

Sheva Zucker has taught and lectured on Yiddish language, literature and culture on five continents and has taught Yiddish for many years in the Uriel Weinreich Program in Yiddish Language, Literature and Culture, currently under the auspices of Bard College and the YIVO Institute for Jewish Research in New York City, and is now the academic director of the program. She was, for several years, the Translation Editor of the Pakn Treger, the magazine of the National Yiddish Book Center. She is also the executive director of the League for Yiddish and the editor of its magazine Afn Shvel. She is the author of the textbooks Yiddish: An Introduction to the Language, Literature & Culture, Vols. I & II and the editor and producer of the CD The Golden Peacock: Voice of the Yiddish Writer, and her research and translations focus mostly on women in Yiddish literature.