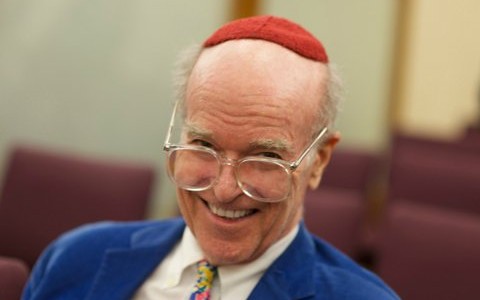 In 1971, Mr. Fleishman joined the faculty of Duke University where he combined his background in public policy and law as founding Director of the Institute of Policy Sciences and Public Affairs (now called the Sanford School of Public Policy), a position he held until 1983. He has been Professor of Law and Public Policy since 1974. Mr. Fleishman was appointed Chairman of the Capital Campaign for the Arts & Sciences and Engineering in 1982, which succeeded in raising more than $200 million in endowment and a total of $500 million over-all. He became Vice President of the University in 1985, Senior Vice President of the University in 1988, and First Senior Vice President of the University in 1991. In September of 1993, Mr. Fleishman relinquished his administrative duties at Duke University to become President of The Atlantic Philanthropic Service Company, Inc. in New York City, the U.S. program staff for Atlantic Philanthropies, which he held until January, 2001, at which time he was appointed Senior Advisor at APS Company. Through his years with APS, Mr. Fleishman continued as part-time Professor of Law and Public Policy and Director of the Samuel and Ronnie Heyman Center for Ethics, Public Policy and the Professions within the Terry Sanford Institute of Public Policy at Duke University and returned to full-time status in those positions effective July 1, 2003. At that time, he launched the Duke Foundation Research Program and served as its Director until July, 2008, at which time he became the Faculty Chair of Duke’s newly established Center for Strategic Philanthropy and Civil Society. He currently serves as Director of that Center. On Founders’ Day, October 1, 2009, Duke presented Mr. Fleishman with one of the University’s highest honors, the University Medal for Meritorious Service.

Mr. Fleishman is a founding member of the Board of Trustees of Mesorah Heritage Foundation, the charitable affiliate of ArtScroll Publications and is a founding Trustee of the American Hebrew Academy in Greensboro, NC. He is a Trustee of the American Friends of the Shalom Hartman Institute in Jerusalem and is Trustee-Emeritus of Brandeis University and also of the Jewish Theological Seminary of America.

Mr. Fleishman is a founding Trustee of the Partnership for Public Service and was elected a Fellow of the American Academy of Arts and Sciences in 2003. In Fall 2004, Mr. Fleishman was appointed by the Independent Sector as co-convener of the Expert Advisory Group, an eight-person group assembled to advise its Panel on the Nonprofit Sector, an entity composed of leaders from charities and foundations across the country. The Panel was formed at the encouragement of the U.S. Senate Finance Committee to prepare recommendations for Congress on how to improve the oversight and governance of charitable organizations. Again, in March 2006, Mr. Fleishman was appointed co-chair of Independent Sector’s Special Advisory Committee on Self-Regulation of the Charitable Sector, the purpose of which was to formulate recommendations on self-regulation of the charitable sector to recommend to the Panel on the Nonprofit Sector. Mr. Fleishman is a member of the Board of Advisors of the Center for the Advancement of Social Entrepreneurship at the Fuqua School of Business at Duke University. He is a former member of the Board of Directors of the Council on Foundations and a former Trustee of the Center for Effective Philanthropy. He is also former Chairman of the Visiting Committee of the Kennedy School of Government at Harvard University. Mr. Fleishman served for many years on the Board of Trustees of the Urban Institute (serving as chairman of the Board, 1994-96 and 2003-2014).

Having authored and co-authored numerous articles, chapters, and books which reflect his interest in ethics, public policy, and not-for-profit organizations, as well as urban studies, the postal service, and the financing of federal elections, Mr. Fleishman has focused the writing of his most recent articles on public trust in not-for-profit organizations. His book on the role and impact of foundations in America was published in January 2007 with the release of the paperback version in September 2009. Its title is The Foundation: A Great American Secret—How Private Wealth Is Changing the World (New York: PublicAffairs Books, 2007). In response to that book, Mr. Fleishman gave about 50 speeches to national and regional organizations and foundation boards of trustees. In October, 2007, Mr. Fleishman delivered the Inaugural Thomas W. Lambeth Lecture at the University of North Carolina at Chapel Hill. The published lecture is entitled “Ethics, Self-Interest and the Public Good.” Another book, which he co-authored with Tom Tierney, Chairman of The Bridgespan Group, entitled Give Smart: Philanthropy that Gets Results, was released in late March 2011 by PublicAffairs Books.

In addition to his academic activities, Mr. Fleishman is a member of the Board of Directors of the Ralph Lauren Corporation.

For eight years, from 1984 to 1992, he wrote a monthly wine column for Vanity Fair magazine.