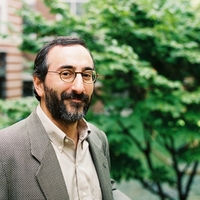 Benjamin D. Sommer is Professor of Bible at the Jewish Theological Seminary of America. Previously he was the Director of the Crown Family Center for Jewish Studies at Northwestern University, where he taught from 1994 through 2008. He has been a visiting faculty member at the Hebrew University, the Shalom Hartman Institute, the University of Chicago, and Brite Divinity School of Texas Christian University. He has been a Fellow of the Tikvah Center for Law and Jewish Civilization at the New York University Law School, the Israel Institute for Advanced Studies, the Yad Hanadiv Foundation, and the American Council of Learned Societies. He frequently teaches rabbinic and lay groups in the United States and Israel.

Dr. Sommer’s most recent book, Revelation and Authority: Sinai in Jewish Scripture and Tradition (Yale University Press, 2015) was selected as a recommended book in religion by Publishers Weekly, which described it as a “groundbreaking work . . . Clearly written and broad in application . . . an important read for Jewish laypeople, clergy, and scholars . . . [and] also likely to appeal to non-Jews who want to make modern biblical scholarship relevant for believers.” The Israeli newspaper Ha’aretz described it as “a synthesis of intellectual acuity, clarity, deep knowledge of classical Jewish texts throughout the generations along with contemporary Christian theology and ancient Near Eastern literature…Sommer is a traditionalist and yet an iconoclast – he shatters idols and prejudices in order to nurture Jewish tradition and its applicability today.” Revelation and Authority received the Goldstein-Goren Prize in Jewish Thought from Ben Gurion University for the years 2014-2016 and was named a finalist for both for the National Jewish Book Award for 2015 and the Association for Jewish Studies’ Jordan Schnitzer Prize in the field of Jewish thought and philosophy for 2014-2016. The book traces an approach to revelation found among modern Jewish thinkers such as Abraham Joshua Heschel back to biblical texts themselves. In the process of pointing out the manifold and surprising connections between ideas of revelation in the Bible and in modern Jewish theology, Sommer notes the constant emphasis of biblical, rabbinic, and medieval sources on the centrality of command and obligation in Jewish life.

Dr. Sommer’s earlier book, The Bodies of God and the World of Ancient Israel (Cambridge University Press, 2009), received two major honors: the Award for Excellence in the Study of Religion in the Textual Studies category, awarded in 2010 by the American Academy of Religion, and the Jordan Schnitzer Award from the Association for Jewish Studies, for the best book published in the years 2006-2009 in biblical studies, rabbinics, or archaeology. The book addresses perceptions of divine embodiment in ancient Israel, Canaan, and Assyria, and how these perceptions reappear in later Jewish philosophy and mysticism. The AJS Prize Committee described Sommer’s book as “an original, wide-ranging and accessible work of scholarship . . . a cross-cultural tour de force” and wrote that his “thesis has implications for understanding not only the theology of ancient Israel but also the theologies of its surrounding world, whether in Mesopotamia or the Levant, as well as those of rabbinic Judaism and Christianity.” (The AAR jury also used the phrase “tour de force” to describe the book.)

The first book Dr. Sommer published, A Prophet Reads Scripture: Allusion in Isaiah 40 -66 (Stanford University Press, 1998), was awarded the Salo Wittmayer Baron Prize by the American Academy of Jewish Research for best first book on ancient or medieval Judaism published in 1998. In 2012 New York University Press published a volume edited by Dr. Sommer, Jewish Concepts of Scripture: A Comparative Introduction, which traces the reasons some of the most important Jewish thinkers and movements throughout history have turned to the Bible. These essays address questions such as: How do the People of the Book conceive of the Book of Books? In what ways is it authoritative? Who has the right to interpret it? Dr. Sommer is the Editor of the Psalms volumes of the Jewish Publication Society Bible Commentary Series and is writing the first volume of that five-volume set. Professor Sommer is a member of Congregation Beth Sholom in Teaneck, New Jersey. His children, Avraham Ayyal, Sarah Gilah, and Eliana Shlomit, attend the SAR High School and the Solomon Schechter School of Bergen County.

Professor Sommer’s full CV, many of his articles, and reviews of his books are available at http://jtsa.academia.edu/BenjaminSommer